It all started in 1956. Tóni wasn’t really a hero, he was just a university student who happened to be living in the dormitory of the Budapest University of Technology, the dwellers of which played a key role in sparking off the revolution. They were seen as a thorn in the flesh of the ruling party at the time. This became clear as soon as the Russians started to invade the country, so Tóni thought it was time to leave and – after staying in Vienna for a few weeks – he started a new life in Canada.

It’s never easy to emigrate – as a lot of Hungarian citizens have also now come to realize . If you don’t know your new country, its language, there’s no guarantee that you can make a living. For the family members in Hungary, Tóni was the rich Canadian uncle who brought Western chocolate to the kids and fancy cigarettes to the parents. From here, they couldn’t see his struggle to create a new existence, while from there, it was difficult for him to see how the members of the family he left behind came under scrutiny because of their defector relative. After many-many years, ultimately the family took the plunge and visited the emigrant uncle in Ottawa, bringing a few details to light. 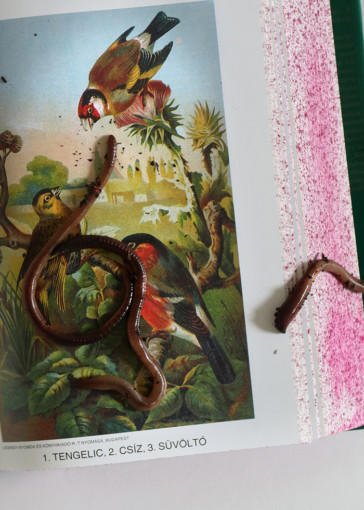 Tóni’s first job in Canada was worm picking. For immigrants not speaking English, even today it is still one of the most obvious opportunities to make a living. Golf is popular among wealthy Canadians, golf courses occupy huge territories. At dusk, groups of people wearing rubber boots and equipped with headlamps and large tin cans swarm onto these fields to start hunting for fat nightcrawlers. Canadian earthworms are especially valued by anglers all around the world and are also used in large quantities by the beauty industry, so they are exported to almost everywhere in the world. And it’s a well-paid job: at the end of the 1950s, Tóni got 5 dollars for a box of nightcrawlers. It was tough and monotonous, but it was worth it. You could catch as many as 30,000 worms during a single night.

In my photo series, the early struggles of the (im)migrant blend with past moments, the pictures of the family visit, the remnants of Hungarian identity and Canadian traditions. In a little more than eight hours every day, the video keeps repeating exactly 30,000 times the same moment of the Niagara Falls, illuminating the details of the carefully constructed milieu. Recalling the headlights, the spotlight beam spells out a brighter future on the wall, while the Canadian giant nightcrawlers brought to Budapest take possession of the objects left behind by those friends of mine who have recently moved abroad.

Overcoming time and distance, the power of family bonds have survived unabated throughout these years, despite the marked differences in political views. 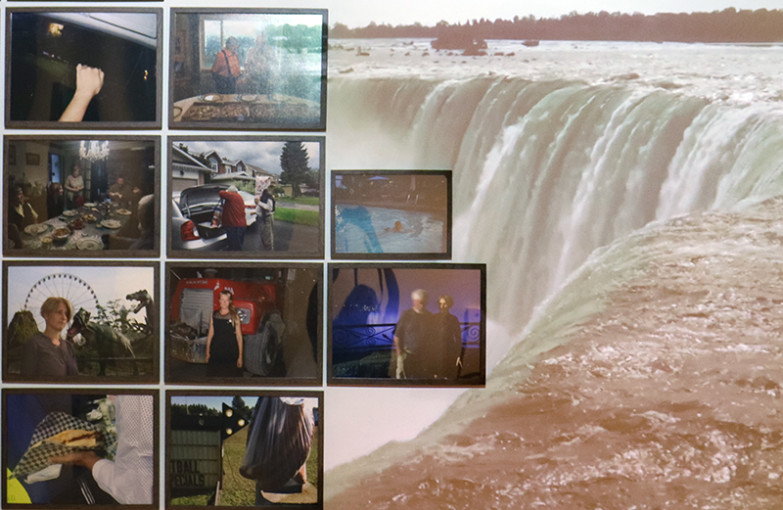 Six artists are in competition for the Award in 2019

More than forty applications have been submitted for the Leopold Bloom Art Award, aimed at supporting visual artists working in Hungary. We are now pleased to announce the six artists who have made it to the second round: Zsolt Asztalos, Sári Ember, Krisztina Erdei, Áron Kútvölgyi-Szabó, Zsolt Molnár and Kata Tranker. The winner of the ten thousand Euro biennial prize, established in 2011, will be announced in June at the Ludwig Museum – Museum of Contemporary Art Budapest, where the finalists’ work will also be on display. Unlike other prizes in the visual arts, the goal of the Leopold Bloom award is to promote the international engagement of Hungarian artists. This year, the organizers have invited Paul O’Neill from Finnland, Noor Mertens from Germany and Gabriela Kotikova from Czech Republic to form the jury. The distinguished three-member panel will come to Budapest in June to familiarize themselves with the artists and the Hungarian visual arts scene more generally through a series of studio visits and personal meetings. Applicants had to submit an invitation from a foreign gallery as part of the application process, and the winner will be able to use the prize money to mount their exhibition. 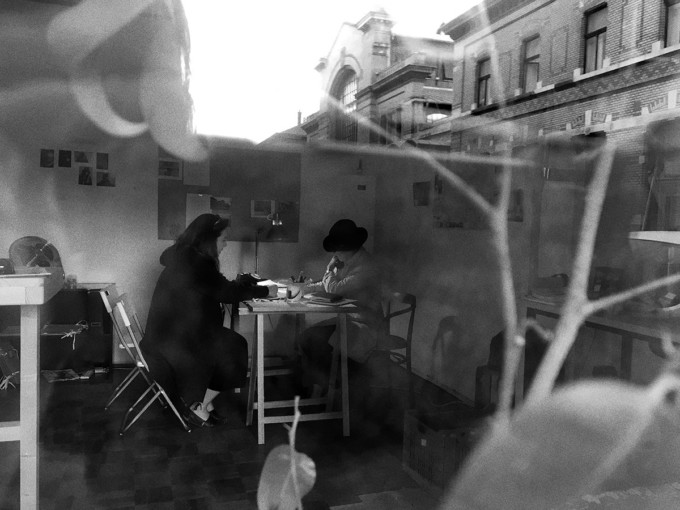 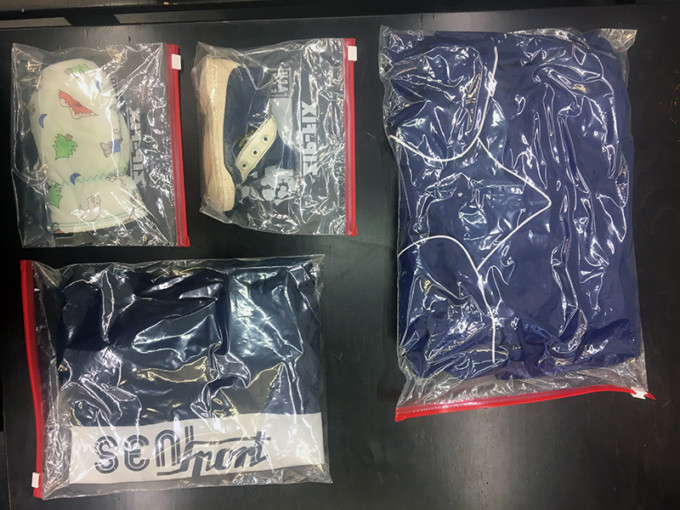 A city is always a mosaic of sharply distinctive “social worlds,” or unique cultures, as Louis Wirth found upon organizing the urban sociology knowledge accumulated by the end of the 1930s. That is, one can only claim to know his or her own city if he or she is familiar with as many neighborhoods representing the various social worlds as possible. The history of the building complex standing on the corner of Illatos Street and Gubacsi Street, consisting of about 500 flats, goes all the way back to the housing market anomalies generated by World War I, but it actually started in 1937 and lasted until 2015, so it encompasses almost 100 years. The premises became known as the Dzsumbuj [the projects, or lit. the mess] already a few years after the construction was finished. All the similar housing projects used to be called like this, but somehow the Illatos Street building complex monopolized the name.

In 2005, Kinga Göncz, the minister of youth, family, social affairs and equal opportunities, Imre Ikvai-Szabó, the deputy mayor of Budapest, and Ferenc Gegesy, the mayor of the 9th district, signed a declaration of intent regarding the settlement of the Dzsumbuj’s situation. By this time, it was imperative to find some kind of a solution. The goal of the program they signed was to facilitate the social integration of the disadvantaged families living here and to reduce the stigmatization of the residents. According a contemporary report, “the Dzsumbuj, as a unique subculture, concentrates, preserves, and reproduces destitution.”

The media continuously reported on the protracted liquidation that took almost ten years. Based on the news, these last years were about the war between the squatters, the security personnel, the human rights activists, the employees of the local government, as well as the politicians, and the social workers. The Illatos Street 5/A building was demolished in 2009, the 5/B building in 2013, and the 5/C building in 2014. In order to refine the image suggested by the media, we carried out a joint research under the aegis of the A város peremén (On the Outskirts of the City) project with a small group of sociologists, anthropologists, and artists. The project aimed at contributing to the attenuation of the problems resulting from poverty and social inequality, with the help of interviews, photographs, and videos. The numerous personal stories have altered the homogenized image of the residents available until now, giving new accents to the earlier media narrative emphasizing deviation and poverty. The research of personal memories is not only important for resolving traumas, or for exploring the responsibility of the past in the evolution of today’s value system. It can also be an asset to a learning process that could aid future decisions. Thanks to receiving the Budapest Photography Grant, I could start working on exploring the situation of the residents who had moved out, and the environment in which they try to get by. In the images, we can see the different employment and health-related problems intertwined with various Budapest locations. At the same time, in the midst of the possibilities provided by the urban environment, I search for an answer to the challenges of the present based on the memories and experiences of individuals. For me, the project is about layers of social responsibility, about a process which facilitates the communication of people living in the same city, while it also approaches the solution to the problem, the approximation of the different interests via the toolset of arts, leaving the project open and maintaining a continuous reflective attitude.

This exhibition and book investigates the current situation of the former residents of the building complex that used to stand on the corner of Illatos Street and Gubacsi Street, from the days of moving out until today. It explores the ordinary, everyday life of a community already extinct.