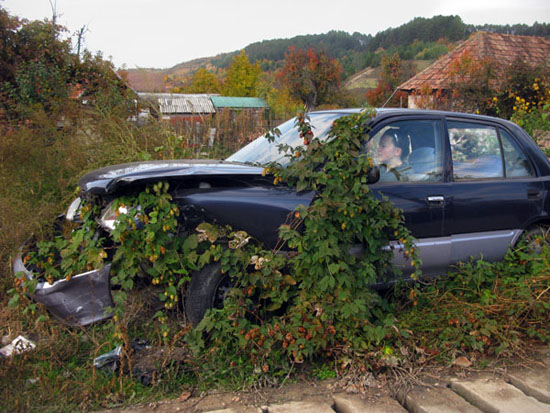 When you need to make a tough decision, generally you say: let’s sleep on it. Krisztina Erdei’s already familiar universe will now hit the walls via  a rather unusual medium, because Christmas is coming. Some of these photos might seem provocative at first glance, some even insulting for certain people, while others obviously trigger affection or sympathy in the viewer. Asking for patience or delayed reaction, as implied by the title, makes us pensive on one hand, but on the other it also makes us passive. However, there are some cases where dillydallying is not the best strategy. Sleep, for instance, is an activitity which for humans is not easy to carry out while standing.